This season, the English Premier League started with lots of surprises, with the defending champions Manchester City losing their opening fixture to Tottenham hotspurs. However, the Citizens managed to bounce back in style, humiliating Arsenal 5-0 last Saturday to look formidable again. Manchester City is the current favourite to win the EPL title this season, after recording 5-0 victories against Arsenal and Norwich.

For soccer punters, Vwin99 is already offering solid odds on EPL games and other major leagues worldwide. VWin is an Asian sports betting site that offers odds on different markets, including live bets and overall league winners. Here’s a look at EPL odds for upcoming bets that might be worth placing on this Asian sports bookie.

As the outright favourite in the competition, Manchester City has 1/1 odds to defend their title in the 2021/2022 season successfully. The Citizens are standing ahead of Chelsea with 5/2 odds and Manchester United and Liverpool both at 5/1, although these odds might change as the league unfolds.

Tottenham is currently the fifth favourite to finish in the league’s top four, although their odds have shortened significantly after winning their first three games this season. Spurs managed to outwit Manchester City, Watford and Wolves, all by a 1-0 scorecard, and they seem ready to strongly compete for a spot in the Champions League under boss Nuno Espirito. However, Chelsea, Liverpool, Manchester United and Manchester City are leading the top four betting tables, although none have maintained a 100% record.

As the latest bookmakers’ odds imply, Manchester City has a 95% chance of finishing the season in the top four, followed closely by Chelsea with a 91% chance. Manchester United and Liverpool closely follow the Blues at 80% chance, while Tottenham shows a 28% chance. Leicester City might also challenge the five teams for a spot in the Champions League, standing at a 24% chance to finish in the top four.

Newly relegated teams started the 2021/2022 EPL season as strong favourites to move back down, but that quickly changed after the opening round of games. Norwich is among the choices for relegation at 8/11 odds, with other teams including Crystal Palace at 11/10 and Watford at 5/4. Norwich has already lost their first three games this season, while Crystal Palace managed a draw in two out of three games. Fortunately, Watford managed to win their opening game against Aston Villa.

The goalscorer market is prevalent in wagering on EPL football in the 2021/2022 season. Last season, Harry Kane claimed the Golden Boot after scoring 23 goals to outrank Liverpool’s Mohamed Salah, who followed him closely with 22 goals. As such, we can expect Kane (6/1) and Salah (5/1) to be among the top scorers this season, with other strong candidates for the Golden Boot, including Chelsea’s Romelo Lukaku (11/4), Bruno Fernandez (8/1) and Dominic Calvert-Lewin (20/1). This season, the English Premier League started with lots of surprises, with the defending champions Manchester City losing their opening fixture to Tottenham hotspurs. However, Đọc tiếp 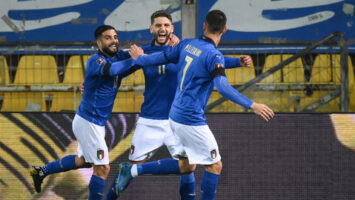 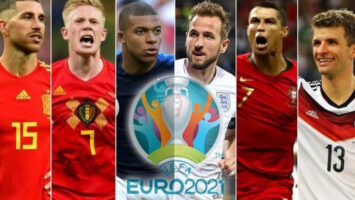